Why You’re Never Too Old to Change 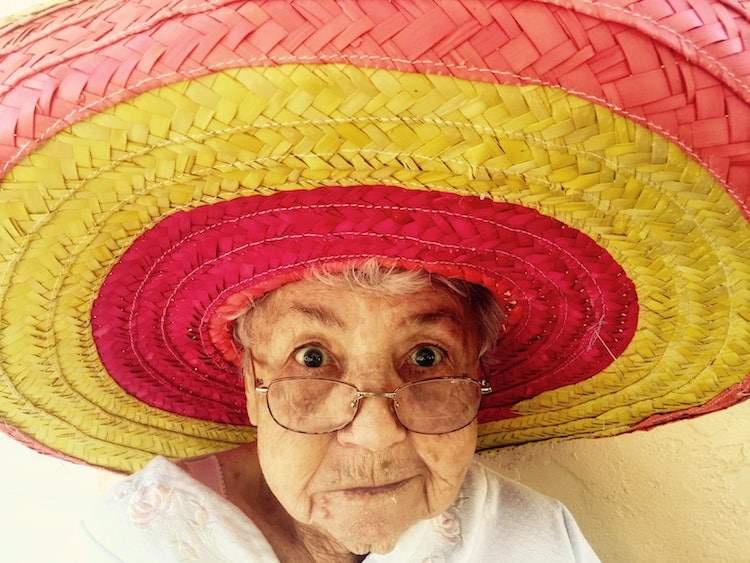 You’ve heard the adage “you’re never too old to change.” Some of us doubt that. Others of us are living proof that change is possible no matter how many birthdays we’ve celebrated. Pearl is one of these never-too-old-to-change gals. I met her when she was eighty-seven and living in Heeney, Colorado.

You take a left on County Road 30, about a half-hour north of Colorado’s busiest ski resorts, to reach Heeney, a speck on the map. If you blink, you literally will miss this hamlet in the Rockies bustling with fishing and boating in nearby Green Mountain Reservoir. I fondly remember my visit to Heeney’s barroom inn where I learned about Pearl.

Hanging Onto Something More

“You know you are a redneck, if someone asks for your ID and you show him your belt buckle,” the radio blares. The 40ish-looking blonde sliding celery sticks into a round of Blood Marys seems oblivious to the rowdy radio jokes and the barroom banter.

“One, two, three, four, five, six,” Bonnie counts aloud in a raspy whisper as she pours rum into a Coke. On the other side of the oak bar singed with local ranch cattle brands, a slender brunette lights up a Camel. Along the nearby wall, a stuffed glistening rainbow trout points to the bathroom.

“I’ve had a crappy day,” the woman bemoans between nervous puffs on her cigarette and quick guzzles of her beer. “But you know, like the line from one of my favorite movies, ‘Sometimes being a bit – –  is all a woman has to hang onto.’”

Fortunately owner and bartender Bonnie has plenty more to hang onto. She holds tight to Jesus even in a rustic tavern almost in the middle-of-nowhere Colorado. On Sunday mornings, mud-caked pickups and a dented horse trailer or two dot the inn’s dirt parking lot, while locals mosey inside for a shot of the Living Water.

These small town “parishioners” are more familiar with drinking buddies Jack Daniels, Captain Morgan, Jose Cuervo, and Yukon Jack than they are with biblical comrades Matthew, Mark, Luke, and John. But Dub, a Southern Baptist preacher, teams with Bonnie to broaden the villagers’ social circles to include several Bible characters.

“I don’t consider this place a bar. I consider it a community center. These boys can’t believe I’m here, so the whole church thing is unbelievable to them,” Bonnie explains. “I tell them to wipe their feet, and they wear cologne in the bar on Sunday. When they get too rowdy on a Friday night, I tell them, ‘That’s Thursday night stuff. You don’t do that prime rib night. Boys’ night out is Thursday night.’”

“The boys” are listening. In this town of roughly 75 people, if any of the boys show up on Sunday mornings and saunter past the pool table and the rows of Canadian Club and Southern Comfort, they’ll find Bonnie and a handful of townsfolk and area ranchers listening to Pastor Dub in the back room.

Some church regulars enthusiastically describe Dub with a cuss word or two of exclamation thrown in. Dub doesn’t mind. He’s used to profanity and people smoking during his weeknight bar Bible study.

Mixing with the Locals

I’m thinking God doesn’t mind either. But to many people, holding church in hazy bar is a bit too edgy. To some, the whole idea of mixing with society’s drinkers and rabble-rousers feels like crossing into an unholy, other-side-of-the tracks neighborhood. It was bit much for eighty-seven-year-old Pearl, too, so she asked about building a separate entrance to Bonnie’s liquor establishment. Pearl didn’t want people to have to walk through the bar to get to Sunday’s church service.

But after a couple months of passing the bar’s shelves bursting with sleek hard liquor bottles and stacks of cigarette packs, Pearl began to wonder what Jesus would do. One Sunday after Dub’s message, Pearl determinedly marched over to the bar . . . and ordered a pot of tea.

Slowly sipping her hot drink, while the patrons around her swigged their cool ones, Pearl began to chat with her fellow bar mates and invited them to church. This octogenarian is proof that we are never too old to change and change our preconceived notions about others.

And thanks to a few willing-to-change souls like Pearl, a number of rough-edged socializers in this lakeside village are now making Jesus the life of the party.