When It’s Time for Some Strong Shoes 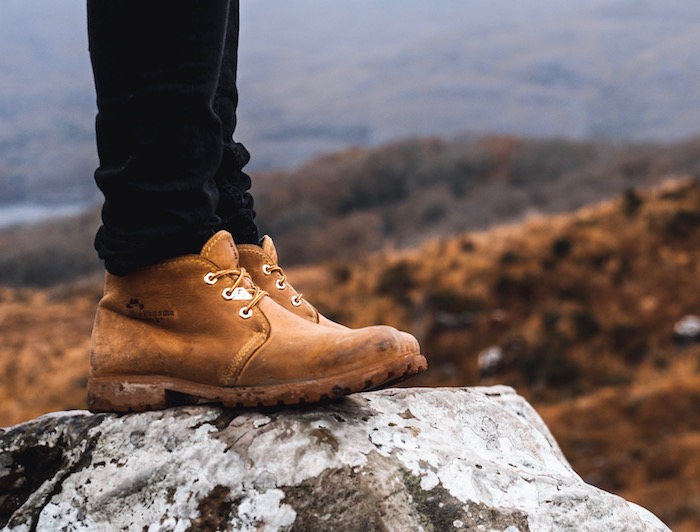 You’ve been there. You may be there right now. Your feet hurt, your body hurts, you are just plain worn out. These UGH days make it challenging to keep going. But I know something that will help: strong shoes. Let me explain through the inspiring story of Dutch watchmaker Corrie ten Boom.

Corrie is one incredibly brave and resilient woman who knew how to bend instead of break. Licensed in 1922 as the first female watchmaker in Holland, Corrie enjoyed a promising career until the Nazis arrested her entire family for hiding underground refugees during World War II. Imprisoned for nearly a year, Corrie and her sister Betsie suffered through horrendous conditions. They waited with great courage for God to deliver them once again to “the land of the living.”

Sadly, Betsie died at Germany’s Ravensbrück concentration camp a few days before Christmas 1944. Shortly after, Corrie was handed a card stamped entlassen, which means “released.” On December 31, Corrie stepped back into freedom. Only later did Corrie learn that her release was a mistake. All the women of her age at the camp were killed the week after she was set free. But Corrie’s release was no mistake in God’s plan.

Energizing Message for You and Me

As a prisoner of war, this dauntless woman endured months and months of beatings, injustices, and sorrow. Undergirded by her “refuge and strength” (Psalm 46:1), Corrie walked out of that death trap stronger than ever. Fortified by the sustaining strength of her all-powerful Creator, Corrie could proclaim, “If God sends us on stony paths, he provides strong shoes.”

None of us can predict the stony paths or rocky hills we will travel in life. Sometimes we will stumble on the rough terrain, other times we will collapse near the ditch too tired and discouraged to take another step.

That’s when God sits down beside us and laces up his strong shoes on our achy, calloused feet. Taking our hand in his, he then reassures us, “I’m here. Let’s just start with one step first.”

Feeling worn out and discouraged? Maybe too tired to venture onward today? No worries. I know Someone who is giving away some strong shoes. No strings attached, except shoestrings.