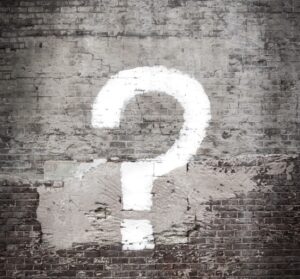 What if? What if is a common question that drifts through our minds. And sometimes get stuck there. What if I lived in the 1800s? What if I chose to marry him? What if I majored in English instead of journalism?

Fifteen years ago this spring, I sat in a coffee shop with a college professor who was shifting through a number of painful what if questions. This interview with him is still fresh in my memory. How could I ever forget talking with the survivors and the stunned from one of the world’s most horrific mass shootings—the Virginia Tech tragedy, April 16, 2007.

Thirty-six-old Mark Stremler takes a sip of his Boston Beanery coffee and clutches the thick mug as if its warmth will melt the mental block in his head. He’s a Virginia Tech regular at the just-off-campus restaurant, and today the associate professor of engineering science and mechanics settles back in his booth. He’s in no rush to get back to his office.

Mark’s eyes dart out the window toward Norris Hall. The realization of what really happened right below his office the morning of April 16 makes it difficult to begin.  His silence stretches into nearly a minute. He remembers the awful sounds. Finally the words come about that terrifying morning.

My office is in Norris—309, on the third floor right above 211, the French classroom. On my drive through campus that Monday morning, I see a bunch of police outside AJ. I figure they’d caught the person calling in bomb threats over the last several weeks. I reach my office a little before 9 a.m. and started writing on a paper. I plan to stay at my computer until 9:45, when I need to drop off some library books before a 10:10 meeting.

Since there’s a class across the hall, I close my door to keep out the sounds of students coming and going. At 9:29 I receive the e-mail about a shooting and to report suspicious activity to the police. Not giving it much thought, I keep typing. About ten to fifteen minutes later I hear loud banging. It sounds like someone pounding a sledgehammer against sheet metal.

I open my door and see students from the classroom across the hall going into Kevin Granata’s office, 311, next to mine. Kevin must have just passed my door before I open it. He heads downstairs to see what is going on and if he can help, I suppose. But he doesn’t come back.

Mark stops. Blinks. Squints his eyes. The vacant stare settles in. The silence lingers once again.

“I keep wondering: If I opened my door a minute earlier, would I have stopped Kevin from going down to the second floor? Or would I have gone down with him?” Mark says scooting his mug away from the table’s edge. “I really don’t know. It could have gone either way.”

I lock myself in my office. I’m not sure if bullets are hitting the ceiling below me, but I can feel the vibrations on my office floor, making this surreal situation more real. I see a SWAT officer approaching Norris, and my hands start to shake as the danger sinks in. I hear sirens. I think about my family, my wife, and four kids. I pray asking for the shooting to stop, for God to protect me . . . to protect all of us.

Finally the gunfire ends. I hear the police yelling down the hall and banging on the doors. I open my door to three guns in my face. The officers make sure I am not armed, then send me running—my hands up—down a stairwell and outside to the Drillfield. The campus is locked down, and I end up in the War Memorial Gym. I borrow a graduate student’s cell phone and call my wife at work.

The professor who relishes theoretical and applied mechanics pauses again. He thinks of losing his department colleagues, Liviu Librescu and Kevin Granata, in the murderous mayhem. A minute later, Mark changes the subject and talks of his children—two girls and two boys ranging from age 11 to 5 years old.

I find myself sitting somewhere or out running when suddenly I flash back to that morning. I lose track of where I am physically as I go back to Norris Hall in my mind, replaying scenarios of what I could have done differently. God protected me well, I was never in immediate danger on April 16. I just have the memories of hearing the gunshots and feeling the vibrations.

The tragedy makes clear the importance of my faith. . . . You never know what tomorrow holds, so you need to make sure that you take care of today. I’ve also been reminded that life isn’t always easy.

I’m not really asking “Why God?” so much. My biggest question is: What should I have done differently? Logically, if I had gone to the second floor, there is a good chance I would have been killed too. Emotionally though, my thoughts are: What if? What if I had gone down to second floor with Kevin? What if there had been one more person down there? Could something different have happened?

What if? What if? What if? We all probe our minds with this question at some point. We may second guess our actions or our motives or someone else’s actions and motives. We may wonder why things did not try out differently. And often, there really is no single concrete answer to our wondering inquiries.

If you’re on spin cycle for yet another day with your what if questions, may I suggest something that Mark told me 15 years ago? Not long after the horrendous handgun rampage right below his office, between stares out that coffee shop window, Mark shared, “You need to take care of today.”

To me, this living-and-dealing-with-today perspective, is a proven help for the what ifs. Instead of rehashing every angle of what if over and over, what if we reeled in our drifting thoughts and tried what Mark learned to do in 2007 after his searing loss? Mark shared that when the what ifs come at him in overdrive and he wonders what he could have done to intervene—he pauses, and turns those thoughts toward heaven.

Excerpted from my Lifting Our Eyes book, published by Berkley/Penguin. To order a copy that I will personally sign for you, visit here.