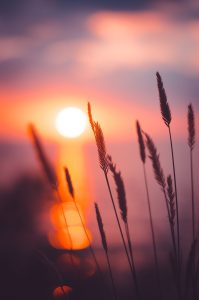 Waiting is not something most of us relish. Do you ever feel trapped in wait mode? Delays reek of intrusion on our jam-packed schedules. We bristle! Waiting drags us into slow-down mode. We grit our teeth! Postponements steer us outside our precisely timed worlds into the random universe of the unknown. We grouse!

In my Two Days Longer book about our tussles with waiting, I share the story of the Quecreek coal miners. I still find their ordeal of being trapped underground 20 years ago still inspiring today. I hope you will too.

Wednesday, July 24, 2002, seemed like any ordinary evening for the miners working a mile and a half underground in the Quecreek Coal Mine outside Somerset, Penn. About two hours east of Pittsburgh, Somerset is a small town nestled in the southwestern Pennsylvania coalfields. This sleepy hollow community roared to international attention on September 11, 2001, when United Airlines Flight 93 careened into a field thirteen miles outside the town limits.

A summer’s evening almost a year later, none of the hard-working folk of Somerset suspected that clamoring media crews would once again bustle across the area’s rolling hills dotted with cow pastures and cornfields.

About 9 p.m. in the Quecreek mine, Mark Popernack directed an earth-devouring miner machine into a coal seam for one final cut before moving to another section. Teamed with eight other miners in that shaft of the mine, Mark had no idea that his pulverizing tear into the ancient black rock would be his last.

The sixty-ton buzz-sawing tractor ripped a six-foot-wide gash into the wall of an abandoned mine. According to an official mining map, this Saxman Mine, vacated since the 1960s, was still about 300 feet ahead. Comprised of seven miles of underground tunnels and rooms, this forsaken mine had filled with water.

Forty years later, with one swipe of the mining machine’s cutter head, 70 million gallons of a massive underground lake suddenly spewed into the Quecreek. Instantly Mark and his work buddies found themselves immersed in a raging river of frigid blackish water.

Stunned and uncertain of the magnitude of the situation, the crew used a nearby phone to warn another nine-man crew lower down in the mine to “get out, now!” These men battled their way out of the mine in a torrent of waist-high water. Mark and his teammates were not that fortunate.

Crawling and Clawing to Survive

Slammed under at times by the rapidly rising water, the nine miners crawled and clawed their way through underground passages often only four-foot high in places. Finally after several hours they reached a high point in the caverns only about 240 feet from daylight. The flooding tides cut off the mine’s ventilation system, so the stifling, heavy air pressed down on the men’s lungs. With chests heaving and limbs weak, several of the men found a quiet spot to vomit.

The shivering, frightened miners were unaware than more than one hundred rescue workers were above ground feverishly devising the best plan to free the nine men. The miners barricaded themselves in an area about 20 feet wide with concrete cinder blocks stockpiled nearby. Their below-ground waiting game vacillated between hope and despair.

Early Thursday morning the men received their first sign of promising news. The rescuers drilled a six-inch hole from the surface into the mine. Following a miners’ Morse code, the miners banged on the drill bit extending through the hole to signal that they were alive. The rescuers banged back in response, even though there was confusion over how many of the trapped men were still alive.

Rescuers lowered a tube that blew oxygen-rich, heated air into the cavern. Now able to breathe more freely, the miners did not fear suffocation, but drowning was still their greatest threat. Another rush of optimism surged soon after when the nine men heard the sound of water pumps draining water levels at the rate of almost a foot an hour.

The men’s families huddled in a local firehouse and wrestled with not knowing if their loved ones were dead or alive. The mine spokesmen presented sparse and often confusing update reports to the on-edge families. Few found sleep as tears flowed freely.

“It was kind of hard to fill in the time because, you know, waiting and waiting is really a hard thing,” shared Sue Unger whose husband John was trapped in the flooding mine. “But as soon as someone would walk in, the room would get real quiet, and everyone kind of sat on the edge of their seats, waiting to hear what was happening.”

At 11:45 a.m. Thursday, Blaine Mayhugh used Randy Fogle’s pen to write a farewell note to his family on a soggy piece of a cardboard box. Blaine passed the pen to his father-in-law Tom Foy, then the other miners followed suit: Dennis Hall, Ron Hileman, Bob Phillippi, Mark Popernack, Bob Pugh and John Unger. The men tucked the notes inside a plastic bucket, sealed it with electrical tape, and wired it to a bolter machine at the highest part of the cavern.

With the dark pool of water now only 30 feet from them, the men made their final preparations for death. They talked about drowning with dignity and recited the Lord’s Prayer together. They waited in their ominous cubbyhole for the inevitable to happen.

At about 7:30 p.m., almost a full day after the accident, workers began drilling a 29-inch-wide rescue hole through the solid rock. A high-powered drilling rig arrived from West Virginia and slowly tore into the earth above the cocooned men.

Snuggling next to each other to keep warm, the teeth-chattering miners drifted in and out of sleep. Thursday evening they caught sounds of the drilling above them, but soon their hopes of rescue shattered. At about 2 a.m. Friday, the 1,500-pound drill bit snapped off almost halfway down to the men. A crane would have to hoist the lodged drill bit from its resting spot 110 feet underground before workers could install a new bit. This whole process could take days, even weeks.

Saving Graces of the Delay 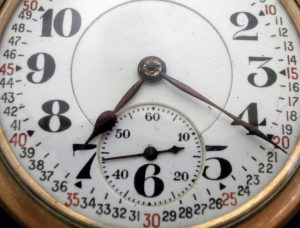 The silence of the drill crushed the miners’ morale. Growing colder and weaker by the minute, the men did notice a slight drop in the water level. Or were they hallucinating?

Another drilling rig shipped in from Ohio had already dug a dewatering hole about a half mile from the main rescue site. This rig was then called to start drilling a second rescue hole early Friday evening.

The distressing silence of the drill lasted nearly 18 hours. For three-fourths of a day, time seemed to stand still. Finally workers resumed drilling and ripped away at the 240 feet of sand, mud and limestone. After almost four days of chaotic activity, the drill bit punched through the mine ceiling just a few yards from the trapped miners.

Early Sunday morning, after 77 hours of a harrowing wait, all nine men were jubilantly hauled one by one in a metal rescue capsule to the earth’s surface. Emerging from their underground tomb, the men were whisked away to hospitals and into the arms of their nerve-frazzled family and friends.

Only later did everyone realize the saving graces of the 18-hour delay. While the drills did not spin, dozens of pumps continued to drain the flooded mine. According to Pennsylvania’s Department of Energy, if the drill had pierced through the mine’s ceiling any sooner, the delicate air bubble surrounding the miners almost certainly would have torn, forcing walls of water upon the men. The delay literally saved the men’s lives.

Waiting for the Sun to Rise

Looking back on his near-death days trapped underground, Somerset County miner Randy Fogle recalls how he longed to see daylight. Later recovering in the hospital, the third-generation coal miner still couldn’t see the sun shining. His first morning at home, Randy sat out on a bench by his garage and eagerly waited for the sun to peek over the horizon.

“I wanted to watch the sun come up. It’s something I thought I might never see again. Just that little thing. I mean, it happens every day,” Randy says. “But when you’re down in the darkness for a while, and you don’t know if you’re ever going to get out—well, you realize that little thing that happens every day, just the sun rising up over that hill, that’s what it’s all about.”

Many times when you’re enduring a wait, it feels like you’re huddled in the clammy darkness just waiting for the sun to shine again. But as 19th century American poet Celia Thaxter reminds us, “Take comfort, nor forget that sunrise never failed us yet.”

Sometimes, as is the case with the nine Quecreek miners, a delay in seeing the sunshine and a delay in fixing a broken bit are well worth the wait. This is true even if while we slug and slouch our way through our on-hold dilemmas we can’t grasp the positive outcomes of what awaits us on the other side.

If you find yourself right now in a long delay or a turtle-pace season of waiting, may I suggest that you do what Randy Fogle did? Slip outside early before the sun wakes up and stretches over the horizon. Then just take in the beauty and the reassurance that no matter how long your current wait, the sunrise has never failed you yet.