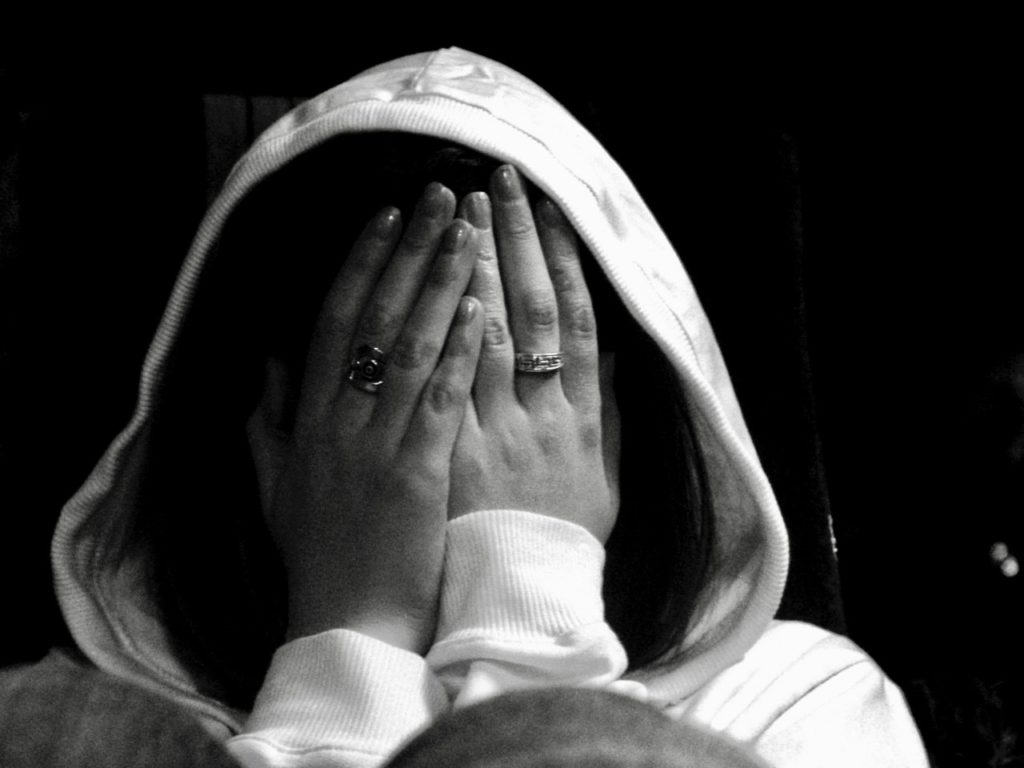 Oh, the things we hide. Hiding is in our DNA thanks to Adam and Eve messing up in the Garden and quickly hiding in the trees trying to avoid their Creator. This week I spent almost four hours with a woman who has spent much of her life hiding. Hiding from her parents. Hiding from her cocaine-selling husband. Hiding from herself.

Today, CeCe holes up with her adult son and his girlfriend in a 15 x 5 rundown room in an auto body garage in a rough and tumble part of town. Amid piles of clothes, dishes, mattresses, coffee pot, and two space heaters, CeCe also makes room for a glass aquarium for their four-foot boa constrictor. (My encounter with their reptile is a blog in itself!). You’d think it would be hard to hide in this car place cubbyhole, but as I talked at length with CeCe about her life, much of her pain and loneliness surfaced. Teen runaway. Beatings. Three failed marriages. Homelessness.

And her words are still shifting around in my mind and heart. You see, CeCe is a solitary witch who follows the ancient Celtic and Wiccan traditions blended with Native American spiritism and earth worship. How fascinating to interview a real witch the day before Halloween. Yes, a witch who makes potions and casts spells when people royally cross her. A witch who pretty much hides her beliefs until she can slip to a local garden at night and dance naked in the moonlight.

But you know what? There’s a part of us that keeps our lives under wraps too. The things we hide may be less dramatic for sure, but we still have our clandestine favorites. In her book Awaken, author Priscilla Shirer describes some of the things we hide.

Priscilla recounts the life of Naaman, a celebrated Syrian army captain who hides his leprosy for years from his soldiers and his leaders. Because Naaman could wear careful clothing pieces to cover up his disease, he was a functional leper in society. No one guessed his hidden secret.

Priscilla explains how we can conceal the reality of our own flaws and struggles:

“We’ve now mastered the art of functional leprosy—sick and blemished and hurting on the inside, but all polished and buttoned-up on the outside. Perhaps anger boils in our heart. Perhaps a passionless, stale marriage barely exists within our home. Perhaps anxiety eats away at our peace of mind. Perhaps addiction robs us of freedom. Perhaps unforgiveness numbs our soul. Perhaps a lapse in integrity cloaks us with guilt. Yet we conceal these private pains from public knowledge with perfectly composed selfies. We’re dying in plain sight. For surely, this hidden leprosy will be the death of us.

Unless we let authenticity heal us first. If we lay ourselves bare before the Lord and be honest about ourselves with trustworthy sojourners, . . . we can be restored from what’s killing us.”

Over the years, CeCe and Naaman learned to hide their true selves from the judgmental eyes of the world. I’ve done the same at times in my own life. Perhaps you have too. But you know what? There is an answer to our hiding. It springs from the planet’s very first encounter of hiding. Adam and Eve hid and God immediately went looking for them. I love His words in Genesis 3:9: “Where are you?”

He’s asking the same of you and me today. Where are you? With no rush on our answer. No lectures. No blame. No shame. Simply, “Where are you right now, my child? Shhh . . . be still. I’m here.” Right here next to an army leper. Next to a homeless witch. Next to me. Next to you.

You can read more about CeCe and other remarkable people I’ve been interviewing for my next book. Stay tuned for release details in the months ahead.