A 9/11 passenger on United Airlines Flight 93, software salesman Todd Beamer stayed on the phone with a GTE operator and recited the Lord’s Prayer with her before he rallied passengers with his ”Let’s Roll” charge as they sought to overpower the terrorist pilots. A few weeks after Flight 93 crashed into a Pennsylvania field, I spoke with Todd’s widow, Lisa, about her husband’s courage and faith. 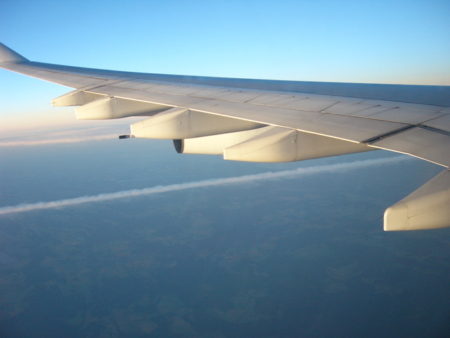 People have called Todd a hero. What are your thoughts on his heroism?
To me, that’s an honor and it will be a great thing to be able to show our children newspaper articles and all that kind of thing later on, but really the reason I married him—the reason we had a successful marriage and he was successful in his life—is because he acted like a hero every day. Todd had a strong definition for why he was living his life and he acted on that every day, obviously not perfectly, but regardless of circumstances, he would strive to keep his priorities in line and act according to his beliefs in each situation, and in hard situations. September 11th was the ultimate example of a hard situation, but not unlike the little ones he faced every day. Like how to balance being a successful businessman and being a dad and being a husband and serving God, and all those things that you have to balance in our culture and our society. When you make the right choices, those everyday things are heroic too.

How would you describe Todd’s courage?
Courage can come from different places. Everybody has a certain degree of human courage that you can draw on to do the right thing in a difficult situation. In the case of what Todd was up against in that airplane, I think human courage only goes so far. I think, “Well, what would I have done on that plane? What would Todd do if he was left here right now?” I think for both of us our human courage would take us so far, but our courage is really drawn from the fact that what happens here is just really a prelude and preparation for where we’re going to be in eternity. I think that was what allowed Todd to not only remain calm on the flight—the operator consistently has told me that his demeanor never wavered from being a very calm and collected person, even when the plane started to go down. And yet he was able to keep it together and make wise decisions about the best way to contact me and the best way to try to thwart the hijackers.

What about your courage in all this?
If I were trying to hold it together based on my human strength and facing all the things that I had to face, I wouldn’t be on the phone with you right now; I’d be in bed. When your human abilities come to the end, I am just so thankful to have my—not only God-given strength and courage—but just the perspective that we can see a little bit of what eternity looks like and how big and awesome it is compared to those things we see around us on earth. Ultimately, we’re not here to hang onto life with every last piece of our being. We’re here to follow whatever it is that God has for us to do, and to be developing a relationship with Him. If you have that perspective and things go awry in your earthly life, it’s not as devastating as it is if life is kind of the end all-be all for you.

What about faith gives people strength through tragedy?
I think most people’s knee-jerk reaction to the events of September 11th was to look to something higher than themselves—go to church, go to a prayer service. I think that’s an indication that people really do, deep down in their beings, know that this life isn’t all there is. It’s easy to forget about that when life is good and the stock market’s flying high and people have jobs and everybody’s happy. But I think that when a true crisis strikes and people’s earthly security is knocked out from under them, that God-given desire for looking above and looking beyond yourself comes through. It’s a unique thing, because we’re made in God’s image, and ultimately we all have that deep inside us, that desire to know Him and be in relationship with Him, and unfortunately, for a lot of people, it takes a crisis where everything else that they know to be “true” is proved not to be true. It takes that for them to be able to look up and say, “Okay, I need something more here.”

What encouragement do you have for our grieving country?As life starts to get back to normal, you kind of want to slip into old patterns and old comforts and things like that, but 9-11 is a bit different from anything few generations have faced. I hope that it gives people cause to stop and take stock as far as, What would I have done if I were on that plane? Where would I have drawn my resources? What would be the worst thing that could happen to me in life? How would I react? If you don’t have a good answer for that, there’s no better time than the present to start thinking about it, because you know Todd and I were the last two people on this Earth that looked—from the outside perspective—like we would be facing this type of adversity and tragedy. So you just don’t know when you need to be prepared.

What else can others take away from your unbelievable loss?We never know what we would do in a situation like Todd faced on that plane, but I know that it wasn’t his human resolve that kept him from cracking. It was his knowledge that, ‘I’d really like to go home today, but if I don’t, everything’s still going to be okay. My family’s going to be okay and I’m going to be where my final destination is, and it’s not the end of my life; it’s really the beginning.’ That perspective is what kept him together and keeps me together.