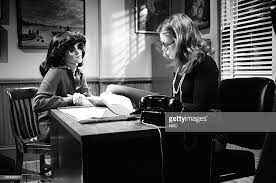 I’ve been there. You’ve been there. We’ve all found ourselves at times crammed in the Comparison Crunch. Man, I’ll never look like that! . . . If only I had his salary. . . . Look at her kids, they all seem so perfect. . . .Why can’t I be that organized? . . . Geesh, I sure wish I could ____. We can find endless ways to fill in the blank on how we think we just don’t measure up.

A classic Saturday Night Live comedy sketch pokes fun at how easy it is to get trapped in comparisons and critiquing one another. Beloved comedienne Gilda Radner pits her wit against hilarious Jane Curtin in a battle of one-upmanship. At one point Jane’s credit card counseling character, Barbara, compliments the earrings worn by Gilda’s character, Rhonda Weiss (yes, that Rhonda, the lead singer of the Rhondettes).

Rhonda: Oh, I got them from my brother. He’s a dentist and a jeweler.

Barbara: Really? My brother’s a doctor and a lawyer.

Barbara: And a furrier! When I had my accident, he examined me, defended me, and replaced my coat.

Rhonda: Well, my other brother is a dentist, a jeweler, a doctor, a lawyer, an accountant, and the owner of a Sweet and Low factory. 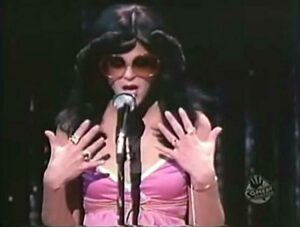 We may chuckle at the “well, that’s nothing” banter of these comedy greats, but in real life we follow similar conversations—often within our own minds. “She always has her act together. Why can’t I entertain like that? If only I could find a job that paid me that much! Well, my other brother is ____.” Comparisons crumble our peace and contentment, especially when life feels so fickle and unfair.

I still smile at using my humor in a comparison of sorts in college. During the first session of my public relations class, the professor asked us to return the next class time with a 30-second description of ourselves.

When I stood up to tell about myself, I launched into a thick Southern accent and declared, “I’m from the South. My Daddy’s in oil and he’s the town mayor.” I loved the surprised faces in the room. Next, I added, “When I say South, I mean southeast Nebraska. My father owns a Phillips 66 service station and he is the mayor of our town of about 150 people.” What I originally shared was true to an extent, but I was making light of the power of comparisons.

So how do we break out of the habit of striving to measure up to others and even vying to measure up for God? Maybe it’s as simple as changing the channel on where we focus our attention. Maybe it’s learning to step away when others are revving up for a round of criticisms. Perhaps intentionally listening to our inner conversations is even more invaluable.

Chuckle at the Absurdity

What if we started to pay attention to what trips us up before we fall off the deep end in the Comparison Crunch? For me, being tired and stressed sets me up for letting down my guard to a round of comparison banter. “Really? My brother’s a doctor and a lawyer . . . and a furrier!”

How about you? If your brother’s not a doctor, a lawyer and a furrier, why not embrace the truth and chuckle at the absurdity of the Comparison Crunch. I’m right there with you. “When I say South, I mean southeast Nebraska.”