Table Talk It Out 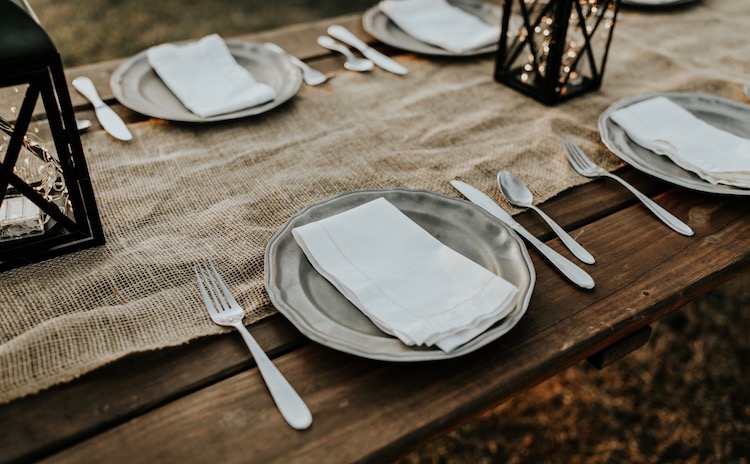 Table talk. It’s what the dictionary calls “informal conversation at meals.” So that’s what my parents were doing when my brothers were too busy shoveling down Mom’s cooking to even leave room for a word in edgewise. Table talk. Today we have apps and games and TV shows and blogs about how to engage in meaningful conversations with family and friends. As Thanksgiving and Christmas approach, you may find yourself in plenty of dialogue and laughter around the table—and not just chattering on about the lumpy gravy or burned marshmallows on the sweet potatoes.

The Denver Broncos engaged in their own get-real table talk Sunday night. They’ve had a gut-wrenching season, dropping five games by eight points or fewer (and several as the game clock ran out). Sunday’s blowing of a 20-point halftime lead to the Minnesota Vikings is enough to sour anyone on the boys in blue and orange.

But wait … there’s more to this starving-for-victories football team story. Upon the Broncos return to the Mile High City on Sunday night, the entire team went out to dinner. The players, without their coaches, huddled in a back room of a local restaurant, pushing tables together and hunkering down for some table talk that would bear good fruit.

The veteran pass-rusher Von Miller gave his teammates some rib-sticking food for thought. He reminded his teammates to stick together even after their hard-to-swallow 27–23 loss to Minnesota.

“He was like, ‘Hey guys, the energy that we had in practice that week? The energy we had in the game? Let’s keep it going,” defensive back Will Parks recounted of Von’s admonition to his teammates.

The guys skipped over walking on eggshells and cleared the air a bit about the painful Vikings loss, then checked in with each other personally. “It’s like, ‘How’s the family doing? You okay?’” Parks recalled of the dinnertime conversations. “We mentioned [the loss] here and there, but it wasn’t designed to talk about the game. It was more designed to keep guys in it, keep guys into this coaching staff, into the culture that’s trying to be built around here—that ultimately will win football games. That Sunday night dinner told us a lot about our team.”

Sometimes it’s tough to stomach the losses, the mistakes, the stresses, and the pressures of our everyday lives. But any time a team, a family, an office, a club, a neighborhood or any group of comrades band together to table talk through issues and concerns, there is undoubtedly a higher percentage of wins to gain in how they renew their communication and their commitment to each other.

Sunday, Denver became the first NFL football team in five years to blow a halftime lead of 20 points or more, but they were not the first team to fizzle out in the second half and will not be the last. What matters now is how the team moves forward and learns from their disappointments. We have the same challenge. Any of us could wallow in our rough patches or blame others when things don’t go as planned.

Instead of whining over our losses and setbacks, we all might try dining. Instead of stewing over defeat, we might try brewing up some hearty encouragement. I say pass the ‘taters and get me a refill on the coffee. Come the rest of the season, I for one will be hoping the Broncos will return to some bread-and-butter basics and find winning a piece of cake. I hope the same for you in whatever opportunities are on your plate. Let’s savor the adventure and keep the table talk lively!

P.S. Check out my blog, What We Really Need When We Mess Up.