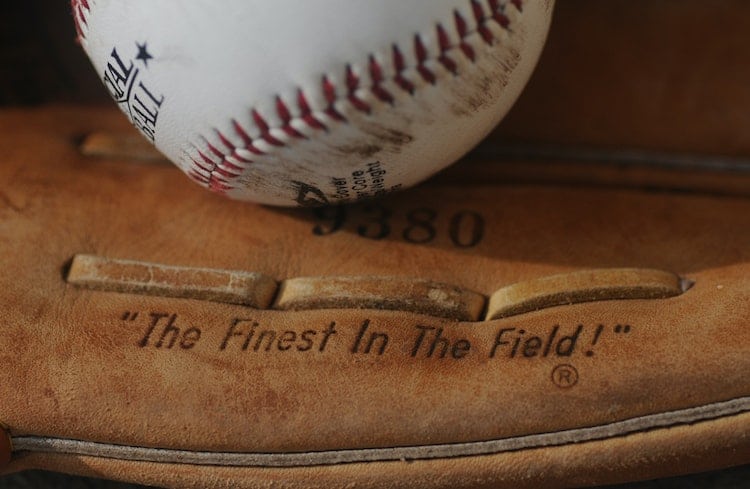 I am a softie for the underdog. How about you?

On our elementary playground, my friends and I would yell at some rogue boys we didn’t like. They wanted us to feel like the underdog. “Sticks and stones may break my bones,” we shouted, “but words will never hurt me.” Where did we learn that catchy little lie?

Let’s face it. Some harsh, cruel words do hurt. We may act like brutish words do not twist and crush away at how we esteem ourselves. And how we fit in. But down inside our mind and heart, negative words sting.

Last year I met with members of the all-black Brown Bombers baseball team who played in the 1940s and 1950s. Again and again, they confronted the taunting and callous mistreatment of opponents and everyday citizens. But these athletes never let the verbal sticks and stones stop them from taking the high road and stepping up to the plate.

I wish I had played with the Bombers in my junior-high years. I know they would have taught me how to let insults glide off me like a foul ball to the stands. You see, I was often picked as the first girl for our co-ed softball games. My nearly five-foot-ten-inch frame sported some two hundred pounds. I had the heft to knock those knuckle balls well past the outfielders. Running around the bases after my slammers was another story. I wish we had thought of pinch runners back then.

Yet my RBI stats were not my greatest achievement from those middle-school softball games. Instead, I learned something no rousing coach or celebrated major leaguer could pass on.

As the boys directed the choosing of teammates, I typically stood waiting by Connie, a willowy seventh grader. Connie was not just thin, she was at least a foot shorter and probably 125 pounds lighter than me. Cystic fibrosis harnessed Connie with an ultra-slim physique, but her debilitating lung disease could never render her a lightweight in character and determination.

Even though Connie had little strength to even pick up a bat, let alone swing and run, she still lined up with the rest of us to be assigned a team in any sport we played. When we played kickball, I always stood side by side with Connie. We both were always two of the last players selected. While the other twenty or so classmates heard their name called, Connie and I waited on the sidelines.

You see, while I could wham a softball for homeruns, my ball and chain of excess poundage did not make me a desirable teammate for quick-dart, run-fast games. Instead of being a first-round pick in middle-school softball, I slumped to the bottom of the draft in kickball.

But you know what? The highs and lows of childhood athletics engrained in me an appreciation for the underdog. I also developed a sensitivity to walking in the Converse® tennis shoes of another. Connie and I bonded over our pre-game drills of being overlooked for the team or picked dead last.

Connie and I never talked about how our polar opposite sizes might make us feel less than or an object of teasing. Kickball game after kickball game, as we lingered the longest to hear our names called, we just stretched our backbones and held our heads high, her blonde locks reaching somewhere near my armpit.

People and our judgmental culture in general can hurl mean sticks and stones, and it’s why I appreciate uplifting words like, “Be devoted to one another in love. Honor one another above yourselves” (Romans 12:10, NIV). Loving and honoring other individuals above ourselves takes a lot more finesse and class than slugging a softball over the back fence. Or waiting to be chosen for kickball.