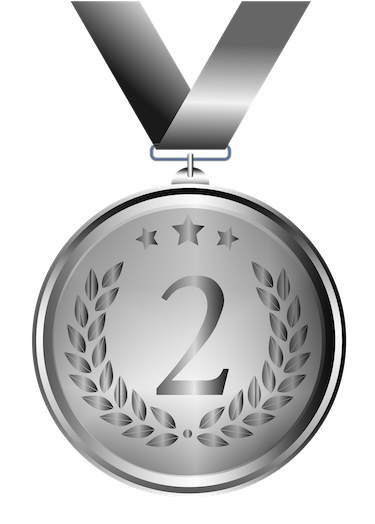 For his December 2018 trek to reach the South Pole in record time, Eric had a worldwide fan club watching his GPS coordinates and following his satellite dispatches from Antarctica. In the world’s harshest environment, with daily whiteout conditions, Eric cross-country skied. He pulled a 140-pound sled packed with food, repair kit, first-aid kit, and more bare-bones essentials. At the halfway point in his attempt to cross Antarctica solo, unsupported and unaided, Eric jettisoned supplies from his sled.

Lighter but growing concerned, the record-breaking explorer was falling short of his daily miles mark. Even as the only person to reach the North and South poles and summit Mount Everest all in one year, Eric was nearing empty. Another American, Colin O’Brady, and Great Britain’s Louis Rudd, were also charging across the frozen canvas at the same time. A satellite feed also broadcast their fierce competition worldwide.

But on day 21 the sobering reality hit, and Eric blogged the words of famed explorer Ernest Shackleton: “I’d rather be a live donkey than a dead lion.” Close to the 86thparallel, Eric finally relinquished his goal of the speed record to the South Pole. O’Brady pressed on and finished the 932 miles in 54 days. Rudd finished the grueling course two days later.

Back home in Crested Butte, Colo., Eric sloughed through the weight of failure and disappointment. “I’m 47, and unfortunately I’ve had some time to think about this,” Eric explained, fresh off his audacious polar expedition. “I’ve been focused on this path to doing really difficult, extreme weather adventures for 20 years, no exceptions. And feeling the pull of my family in ways I haven’t felt before, and understanding my own physical limitations as I get older, it’s a hard reality check. Overall, I’ve come up against myself in a way that I never previously have.”

A Good Relationship with Second Best

In all his two decades of extreme athletic endeavors across the globe, Eric has also accrued some shortcomings. He fell short on his first North Pole expedition in 2005 before accomplishing the brutal trip over sea and ice in 2015. In 2012, Eric bailed from a fat bike trek to the South Pole. “I have a good relationship with coming up short,” Eric recently shared, “which in one sense is good and in another sense bums me out a bit.”

A good relationship with coming up short. I so respect those words from the elite competitor who continually stares down small margins for error and hefty pressure to fold. Yet the husband and father of two young ones adds one more nugget worth remembering, a reminder how to win this day and let tomorrow take care of itself. “I just think society,” Eric says, “we just don’t really celebrate second best or not coming through.”

Not All Is Lost When We Come Up a Tad Short

How true, Eric. How true. Just ask any sports team that loses by a single point. Or politicians who lose after a recount and runoff. Sooooo close and yet so far.

But not all is lost when we come up a tad short of our winning it all. Consider Jennifer Hudson, who finished seventh on Season Three of America Idol. Three years later, Jennifer won an Academy Award for best supporting actress in Dreamgirls. Or, let’s look back on a few unheard-ofs at the time who determined to take another chance.

Albert Einstein did not speak until age four and did not learn to read until he was seven. Hmmm. . . perhaps he proved to the world that he was not mentally handicapped and slow. And dear Thomas Edison’s teachers warned him that he was “too stupid to learn anything.” The brilliant inventor’s first two employers fired him for not being productive enough.

So second place or not quite good enough, take a hike. There are millions of us everyday folks who want to join Eric Larsen, Jennifer Hudson, Albert Einstein and Thomas Edison in saying we are building a “good relationship in coming up short.” And watch out. You haven’t seen the last of us.