Practicing the Habit of Forgiveness 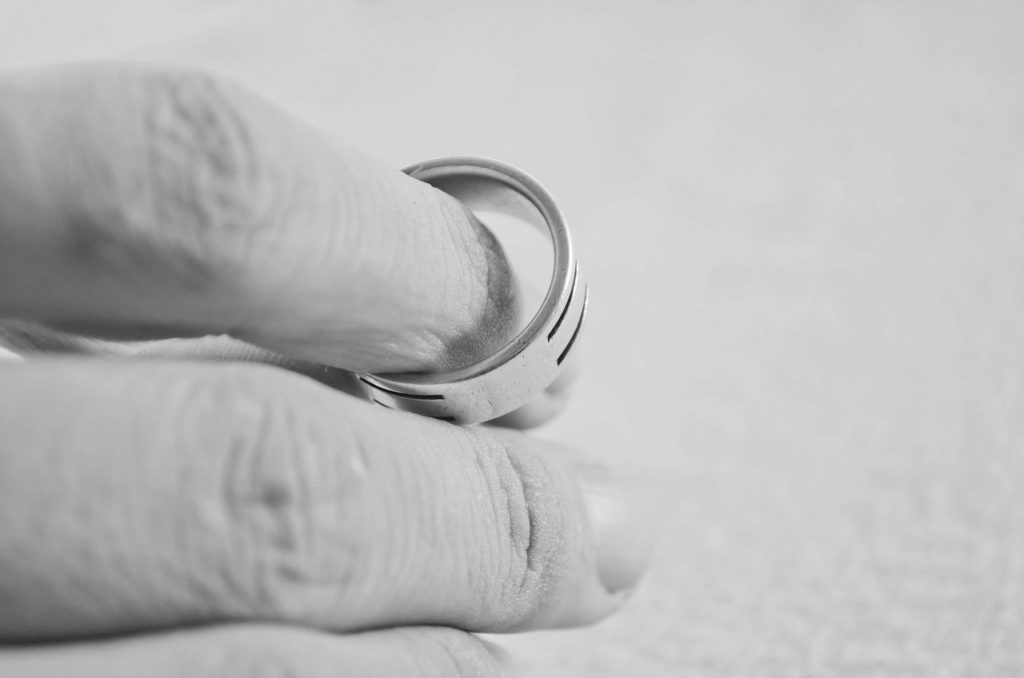 For this article about his marriage and life on the rocks, my friend Tez Brooks won honorable mention for Best Inspirational Article in the 2018 Writer’s Digest contest. I appreciate Tez’ candor and authenticity in the struggle, and I think you will too. Practicing the habit of forgiveness is learned in the trenches of everyday life. . . .

My failing marriage reached critical mass one sickening Sunday night. I’d just finished a great weekend together with my daughter and son, and was returning them to their mother. When we arrived at her home, I noticed the lights were out. Although her car was there, no one seemed to be home. We parked, and I reached for my phone.

Perhaps she walked to a neighbor’s house for a moment.

Before I could find her number, a black convertible pulled up to the curb. The passenger door opened, and the interior light revealed my wife and the driver inside—a handsome, much younger man. Not yet noticing us, she leaned over and kissed him, got out, then waved goodbye. In a flash, he was gone. She turned, noticed my vehicle, and froze.

My jaw dropped as I sat in the darkness of my vehicle. My mind went back to several months earlier when my wife blurted, “I just want you out of my life.”

In these months of separation leading up to our court date, I remained hopeful that we’d be able to salvage our nine-year marriage. I didn’t want a break-up. I believed a couple could work through anything with God’s help. But it was impossible to make someone love me. I never considered another man might materialize before the divorce was final.

Did this jerk know she was still my wife? How dare he? My stomach flipped and my throat went dry. Tunnel vision set in. My son saw it all.

The question snapped me out of my stupor. “Um, I don’t know, but you and your sister need to go—Mommy’s here.”

I rushed them out of the vehicle without saying goodbye and squealed the tires as I left. Obviously I wasn’t winning Father of the Year that night, but I didn’t care. I wanted to catch that guy.

In the rearview mirror of my banged-up mini-van, I saw my wife and children standing in the middle of the front yard confused. Any parental compassion I might have felt was consumed by jealousy. Tears welled up in my eyes and fell as I beat my fists against the steering wheel.

“What is this? What are you doing, God? Do you even know what you’re doing?”

This home wrecker couldn’t have gone far. Through my tears, I could hardly to drive. As I gained on him, I was uncertain exactly what I would do when I caught up. Scenarios ran through my head—maybe at a red light I would run up to his vehicle with a crowbar and break his headlights. Perhaps I’d take the high road and, like a gentleman, calmly ask him to leave my wife alone.

Or just kick him right in the crotch. Yes, that seemed more fulfilling.

Turning a corner, I saw him only a few blocks ahead—in that stupid convertible. How impractical.

He slowed, and ignoring the stop sign, turned left at a crossroads ahead of me, away from town. I rolled up to the T-intersection trying to calm down. My hands were tingling and starting to go numb.

Then a revelation dawned as I looked at the fork ahead of me. I’m in trouble. There was no more denying my marriage was over. Like a dry engine my heart had thrown a rod and smoke was billowing out of my life. The damage was irreversible.

I had a choice. I could turn right and abandon the pursuit, or turn left and continue chasing after—what?

Wiping my nose on my sleeve, I sighed heavily then turned right.

I went to my friends’ home—a married couple with whom I trusted and felt safe. As soon as Jimmy opened the door and saw my face, he knew something terrible had happened. I cried in his arms as his wife, Marsha, prayed over me and fixed me a cup of hot tea. They offered to let me spend the night in their spare room, and I accepted. I couldn’t be alone.

Help Me to Forgive

That evening a piece of my heart died. As my dear friends consoled me, reality set in. My life was changing, and the only way to survive—run to my Creator. I knew from experience He could rescue me. He could help me release my bitterness, heal my heart, help me to forgive, and restore my hope for a future. I couldn’t think about the kids. I was just trying to breathe.

Months passed, the court date came and went with no hope of reconciliation. Slowly I adjusted to being divorced and on my own. My relationship with my kids and with God became more meaningful—intentional.

I thought the divorce itself would be the final wound. Somehow I assumed if I got past that and forgave my ex-wife, I could heal and move on.

Because we had children, my ex and I continued contact over the next decade. The offenses continued too. When it came to the children, differing religious philosophies and parenting norms caused disappointments and fights on a regular basis. Forgiveness wasn’t a “once and you’re done” thing, it became a weekly discipline.

“Sorry I’m late. I was out with some friends and couldn’t get away. Are the kids ready?” My ex wife swayed outside my front door, her gum failing to cover the reek of alcohol.

“Really? It’s obvious you’re….this is so counter-intuitive to basic parenting.”

After a heated argument she agreed to let me drive them to her place the next morning.

Just when I put one infraction behind me, another would pop up. I often found myself forgiving just to keep the peace, waiting for my heart to catch up with what was sometimes merely an act of faith. But the more I forgave, the easier it got, and the quicker I healed.

This became evident when, after she committed child-support fraud and spent time in jail, I found myself able to speak with her cordially, feeling no need to bring up the offense or demand restitution. Something changed inside me and it suddenly didn’t matter. I wasn’t numb—I was operating above it all. New priorities in my life would not allow these wrong-doings to wiggle in and bother me. The toxic relationship no longer derailed me.

I saw my own shortcomings as well. Perhaps something I did drove her into the arms of another. Maybe I hadn’t loved her well. My eyes were opened to the amount of strife I still dished out to my ex. I was not always treating her with the respect she deserved as a single mom, regardless of how she got there in the first place. I had to ask her to forgive me.

Still, I put in place limitations as I learned the difference between forgiveness and healthy boundaries. Overlooking her faults didn’t mean I should allow her to do it again. Those boundaries protected me and the kids, bringing a sense of peace to our home. Eventually the children moved in with me and our little family recovered.

A day finally came when God began warming me to the idea of helping other single dads. Part of me gladly wanted to use my past to minister to others. Another part of me felt like God was asking me to dig into a box of dirty, used cat-litter to find someone else’s lost hope.

Really God? I paid my dues. Can’t these guys dig into the sand themselves?

Finally giving in, I’ve created a blog to encourage single fathers, sharing painful memories, laughing at my mistakes and interacting with other dads in crisis. It’s a weekend ministry for me, meeting with men in person or by phone. I’m not a mental health counselor nor do I try to be a legal advisor. I’m just a guy who’s been there and endured—mistakes and all.

With so little out there in the way of resources for single fathers, dads could use a shoulder. Single parents in general need to be reminded they’re not alone and can survive with God’s help. Habitual forgiveness is a big part of that.

I’m still tempted to hash over old offenses from time to time. If only she hadn’t done that back then, then I wouldn’t have to deal with this today. It’s an on-going discipline to learn the habit of forgiveness. Philippians 3:12 reminds me, “I don’t mean to say that I have already achieved these things or that I have already reached perfection. But I press on to possess that perfection for which Christ Jesus first possessed me. (NLT).

Thankfully, God is a patient teacher.

You can learn more about Tez at TezBrooks.com.