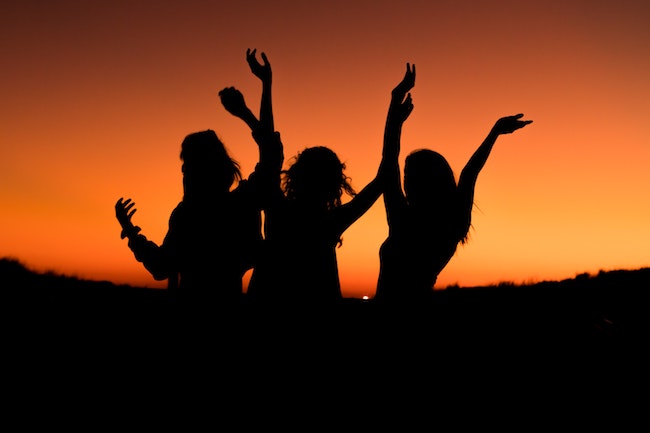 Women’s History Month? Just a month? I think we should celebrate women every day. After all, we are the ones who invented coffee filters, non-reflective glass, Liquid Paper® and Kevlar®, the heat-resistant material used in bulletproof vests, helmets and tires. Oh, the list goes on for what women have invented and accomplished for our country and our world.

Did you know that Hedy Lamarr (1914-2000), the beauty icon and film actress of MGM’s “Golden Age” in the 1940s-1950s, was also a brainy scientist? Hedy’s credits roll with co-inventing a secret communications system to thwart the Nazis in World War II. Along with composer George Anthiel, Lamarr developed an unbreakable code for radio transmission and reception. Their spectrum communications technology formed the foundation for today’s digital communications including cell phones, live streaming, and social media. Hedy, you were a head above countless others on set and in the lab.

Patsy Sherman (1930-2008) is one of a few women in research chemistry when 3M hired her in 1952. Patsy was assigned to create a new type of rubber for airplane fuel lines. Four years later, along with her research partner, Sherman developed Scotchgard®, the versatile fabric protector and stain repellant.

Of course, thanks to the award-winning movie, Hidden Figures, most of us know about the brilliant women at NASA who served as the mathematical whizzes to launch astronaut John Glenn into orbit. Katherine Johnson recently passed away, but along with Dorothy Vaughan and Mary Jackson, this female trio modeled tenacity in their testosterone-driven world.

I’d also like to applaud a local gal here in Colorado Springs. Katherine Lee Bates (not Kathy Bates of acting and directing fame, you know, the scary chick in Misery…) was a college English teacher and poet, who in the summer of 1893, rounded up some of her colleagues to travel by prairie wagon to the top of Pikes Peak. Near the top of the 14,115-foot mountain, the group was forced to ditch the wagon and climb aboard mules.

Let me interject here, I climbed Pikes Peak in eight hours the summer I turned forty. No wagon. No mules. But I do concur with Katherine’s comment on the Pikes Peak trek. “I was very tired. But when I saw the view, I felt great joy. All the wonder of America seemed displayed there, with the sea-like expanse.”

Katherine’s ascent to the mountaintop and the expansive view inspired her to pen the words to America the Beautiful. An organist composed the tune to her poem in 1910 and the rest is history.

“O beautiful for spacious skies, for amber waves of grain
For purple mountain majesties, above the fruited plain
America, America, God shed His grace on thee
And crown thy good with brotherhood, from sea to shining sea.”

So Hedy, Patsy, Katherine, Dorothy, Mary, and Katherine, we pause right now to applaud your grit. Your ingenuity. And your never-give-up spirit. Thank you for showing the world that women are worth celebrating every day.