Everyday Heroes Among Us 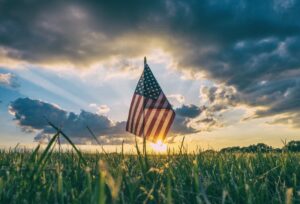 Some define a hero as a person admired for tremendous achievements or noble qualities or someone who saved the day. Others of us consider a hero someone modeling strength, ability or courage by just living out life—whether someone notices or not.

As Memorial Day approaches, I’d like to introduce you to someone who was a courageous blend of stepping up for others while just living out life.

Although I never met Ian Weikel, he comes to the forefront of my mind every Memorial Day. Capt. Ian Patrick Weikel was killed during combat operations in Iraq, April 18, 2006. A roadside bomb detonated under his Humvee. Ian was 31 and company commander of the Army’s 10th Cavalry Regiment, 1st Brigade Combat Team, 4th Infantry Division.

Gaining respect and many a “hooah” from fellow soldiers, Ian prayed every day for his men by name. “He had honor,” Ian’s widow Wendy remembers. “It was instilled in him. He had it his whole life.”

From an early age, Ian committed to taking a stand for what is noble and true. As a high school freshman, Ian gathered the education board to hear his recommendations and solutions for bettering the school and the community, including developing an alternative school for struggling teens.

A three-sport athlete and valedictorian, Ian played ruby at the U.S. Military Academy in West Point, New York, where he met and married Wendy, a fellow academy graduate. Together they served in Bosnia and Iraq before Wendy left the Army to start a family.

Son Jonathan was born in August 2005 while Ian was deployed on his second tour in Iraq. Ian first met his son at eight weeks and the last time he saw Jonathan was via webcam as Wendy lay their son in front of the computer.

A little over three years later, military brass from around the world and local families gathered to salute the life of Ian. They packed into the new Weikel Elementary School at Fort Carson, Colorado. The Army base school is named after named Ian.

During the school’s dedication ceremony, 4-year-old Jonathan Weikel pressed scissors through the ceremonial yellow ribbon, then cut loose in a broad grin and ecstatic jump up and down to the pounding applause of the standing room-only crowd. Jonathan wore a red shirt with a photo button of himself at two months old cradled in the arms of his father.

Although Jonathan did not fully understand the significance of his on-stage moment, the cheering audience saw something tender in the lad. Jonathan has his daddy’s eyes—the eyes that saw the needs of others from at-risk high school classmates to war-weary Iraqi kids.

During the dedication ceremony, Ian’s deputy commander Brig. Gen. James Pasquarette reflected on being there when Ian died of his injuries. “It was the hardest day of my life. He was the best this nation had to offer. . .” Pasquarette said. “I could not find any silver lining in what happened until today when I saw this school.”

I think silver linings are tucked into our toughest challenges even when everything looks painfully bleak. Capt. Ian Patrick Weikel is both a celebrated and everyday hero.

There are untold numbers of us this Memorial Day weekend who are remembering Ian and other lost loved ones for being a courageous blend of stepping up for others while just living out life.

Sixteen-year-old Jonathan Weikel is one of them.

Everyday Heroes Among Us is an occasional series honoring the strength and resiliency of individuals who bend on when life dares them to break.