Dads and Their Shoes 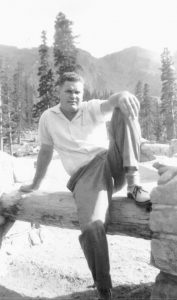 Father’s Day makes me think of Dads and their shoes. Well, not every dad, but it does make you wonder about Jerry Seinfeld’s papa. Did the elder Seinfeld own 500 pairs of white sneakers like his famous son? Did the father of former Filipino First Lady Imelda Marcos, who owned 3,000 pairs of shoes, try to match his famous daughter’s footwear assemblage?

These days record music mogul DJ Khaled is rumored to own about 10,000 pairs of sneakers. Actor Mark Wahlberg claims to own a sneaker collection worth over $100,000. Superstar entertainer Justin Timberlake owns a rare unreleased pair of Jordans worth $15,000. And they say women have a fetish for shoes!

These celebrity sneakerheads can go the distance with the likes of Missy Elliott who has such an expansive sneaker collection she stores them in an entire warehouse. Mariah Carey sports a shoe room holding her 1,000 pairs of shoes (the rest are in storage). Music artist Christina Aguilera owns roughly 750 pairs that range from pumps to pointy-toed flats.

I know my dad would chuckle reading about all these shoe hounds. He was like the average male from his era—maybe owning five or six pairs of shoes at any given point. Dad’s collection included classic Wolverine work boots, over-boot galoshes, Sunday dress faux leathers and comfy slippers. In later life he added a pair of white tennies, but my all-time favorite shoes of Dad’s were his light brown Hush Puppies®. Now those were cool, far-out shoes that originated in 1958.

I can still remember the day grade-schooler me went with my parents to the shoe store 20 miles to the northeast of our rural Nebraska town. Dad bought a new pair of Hush Puppies loafers. Oh, how I admired those silky soft suede shoes! So that day, I did what any girl with a sense of fashion would do. I beggggggged and begggggged for a pair of my own Hush Puppies. “Pleeeee-se, I’ll take good care of them.” But alas, my parents bought me a pair of new Keds® instead. I vaguely recall that the store didn’t carry Hush Puppies for kids. Sigh.

Oh, I loved my Keds, but that did not stop me from esteeming Dad’s smooth Hush Puppies. How could a shoe brand go wrong with a basset hound as it’s spokes-doggy?

The picture above is a favorite of mine with Dad kicking back on a log on a Colorado vacation. Notice his shoes? Kudos for Myron for ditching his manly work boots for his velvety soft Hush Puppies.

Perhaps the most inspiring side to my dad’s simple yet well-chosen shoe collection is what he did in those shoes. Dedicated husband, father of three, business owner, farmer, mayor, church treasurer . . . the list goes on for my dad’s many roles and responsibilities.

Myron stood tall in his work boots; walked humbly in his Sunday dress faux leathers; and reclined in his slippers. When he slid into his Hush Puppies, my father transformed to Mr. Debonair.

And you know who else rocked a pair of Hush Puppies? None other than the King of Rock and Roll, Elvis himself. In fact, Hush Puppies is now offering its Elvis Presley Blue Suede Shoes collection. The handsome lineup includes unisex sizing, but I’ll pass. I much prefer my memories of my dad rocking it in his 1960s silky soft loafers.

How about you? What endearing father memories do you recall this Father’s Day? Care to recount the number of shoes your papa wore or still wears? What makes you proud to honor your father and the path he’s taken over the years?

For me, no matter what footwear my dad wore each day, no one can ever fill his shoes. Sorry, Elvis, not even you. Something tells me Dad is keeping it simple with his shoes in heaven t00. He’s probably lounging in his white tube socks and comfy slippers.

But on those special occasions when he wants to glide down those streets of gold, I just know he’s wearing his Hush Puppies.