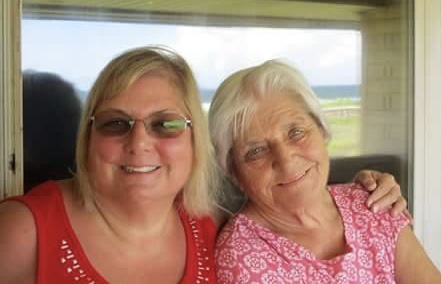 My neighbor, Ilse, has a beautiful mind, it just doesn’t always cooperate as she’d like. Dementia has a way of muddling the brain’s communication pathways, leaving a person drifting in and out of a mental fog. Dementia is unpredictable and sometimes unfriendly. One hour you’re laughing and reminiscing, and the next you’re glum and refusing to take a bath.

I write about senior issues, including dementia and Alzheimer’s disease, for my at-home caregiving client Right at Home. It’s one thing to write about America’s 5 million people with age-related dementia and Alzheimer’s, the number one form of dementia. It’s quite another to personally know someone with the memory, thinking, and behavior disorders.

Last Friday night, Edie hosted a one-year birthday party for her pup, Dutchess, and invited my puppy Ayrabelle and me. Doggie hats. Doggie balloons. Doggie cake. And a wonderful evening of Ilse fully lucid and loving the frolicking pups. I don’t know if I’ve ever seen Ilse so talkative and thrilled. 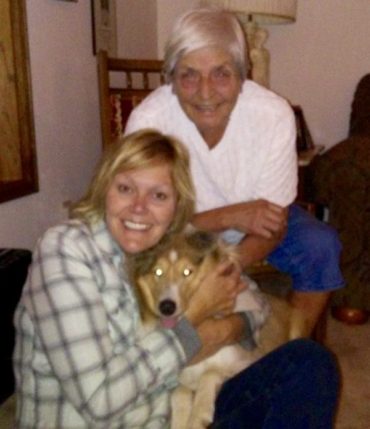 Dementia can cloud the mind, but not the heart. Ilse is still my fun-loving, German-born neighbor, and I look forward to
more parties and everyday moments when she is fully her playful self.

November is National Alzheimer’s Disease Awareness Month. If you know someone with Alzheimer’s or dementia, how do you stay connected with the person or the caregivers as the disease progresses with its ups and downs?