We Can Make It 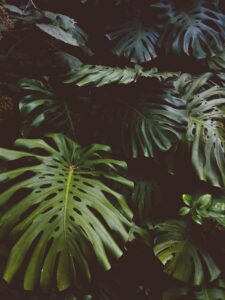 For some people, stating “we can make it” is not just an empty rah-rah phrase. Gracia Burnham is one of these people.

Twenty years ago on May 27, 2001, Martin and Gracia Burnham were celebrating their anniversary at a resort off Palawan Island, the Philippines. As American aviation missionaries, Martin and Gracia, along with several hotel guests, soon found themselves captives of the Filipino terrorist group, Abu Sayyaf.

A Year on the Run

The captives endured a year on the run across densely vegetated outlying islands. On June 7, Gracia was forced to leave her dead husband lying in the rain on a soggy jungle hillside.

Their Muslim kidnappers engaged in sixteen gun battles with the Philippines military up to that fateful June afternoon. That day, the military surprised the rebels’ jungle camp, killing Martin and a Filipino hostage. A bullet ripped clear through Gracia’s left thigh and the government forces immediately evacuated Gracia from the tragic scene.

I’ve had the privilege of interviewing Gracia about her captivity and her life now as a speaker, author, and grandmother living in rural Kansas. Surviving as a hostage only to have your soul mate killed upon your rescue might send many a person into a horrific tailspin.

Strong to the End

What has kept Gracia from giving up under such duress? Gracia carries a 3 x 5 card in her Bible that Martin carried in his. Martin wrote these words from 1 Corinthians 1:8-9 on the card: “He will keep you strong to the end . . . . God, who has called you . . . is faithful.”

Gracia explains that this Bible truth assures her that “I can make it after all. I can survive.” It is encouraging hear this from someone who was kidnapped and treated poorly for more than 12 months. Gracia believes that we too can make it and survive the obstacles in our lives.

Gracia talks frequently to audiences from cancer patients to school children about bending beyond one’s own strength. “We can all look at our lives and see how we’ve gone through a terrible trial that we never would have chosen,” Gracia says. “But God does show up. He is still loving and good.” And as Gracia can attest, God gives fresh strength in the uttermost parts of the planet.

Perhaps you need God to show up and give you strength this very day. Or, at least let Gracia’s words sink in a bit: “We can make it after all. We can survive.”