Life After the Unthinkable

We all have a story to tell. Even if we think we don’t. I am honored to tell this bending story of a much-loved librarian who survived and thrived after the unthinkable slammed into her life. 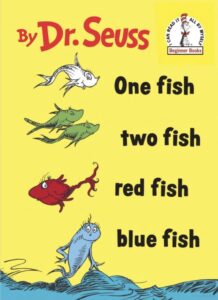 Some people love books and are voracious readers. Lois Wagner was one of these bibliophiles, but she didn’t keep her love for reading to herself. As a school librarian for 28 years in Cañon City, Colo., Lois enthused the lives of thousands of elementary children to turn page after page instead of sit mesmerized in front of the television. Charlotte’s Web, Goodnight Moon, The Secret Garden, The Adventures of Huckleberry Finn, The Chronicles of Narnia.

For an avid outdoorswoman who loved to camp, boat, and fish with her husband, Charlie, Lois undoubtedly introduced many a beginning reader to the charms of Dr. Seuss’ One Fish, Two Fish, Red Fish, Blue Fish. For the youth she mentored at First Christian Church, Lois encouraged them to dig deeper into the Good Book. It was this book that steadied the beloved librarian through her excruciating years after the unthinkable happened in February 1999.

After church on that Sunday, Lois and Charlie drove to a shopping mall an hour from home. Charlie parked their Chrysler Concorde not far from the mall entrance, but before they could open their car doors, a young man jammed his 357 Magnum against Lois’ passenger window and snarled, “Give me your money!” When Charlie answered that he didn’t have any money, the robber angrily pulled the trigger, then bolted. Stunned by the deafening sound, Charlie quickly turned in the driver’s seat to see Lois slumped against the side window.

“Are you hit?” Charlie blurted.

Lois did not reply. She could not reply. Although she struggled to say, “help me,” her bleeding mouth could no longer form these desperate words. The point-blank gun blast shattered Lois’ jaw in three pieces, mangling her lip and chin. As Charlie later described, “the left side of her face was just hanging like hamburger.” A former newspaper photographer, Charlie had observed his share of gruesome crime scenes. None of these catastrophes could prepare him for seeing his bride of 40 years so brutally injured.

Waiting hours at the hospital for the surgeon to piece together Lois’ lower face, Charlie wrestled with reality . . .  and unknowns. Would Lois who always kept up her pretty appearance need to wear a mask the rest of her life? How would she handle the disfigurement? The solemn surgeon spoke of more surgeries and promised no guarantees on the final outcome.

During Lois’ ten days in the hospital, Charlie and the nurses encouraged Lois to look in a mirror. She refused. Eventually the 60-year-old bravely peered at her misshapen face and wondered if others would flinch at her unsightly looks.

Back home in Cañon City, friends and neighbors dropped off cards and casseroles. The Wagners’ answering machine filled with offers of help. The staff and children at Skyline Elementary School missed their inspiring librarian.

When the armed robber and his three cohorts were captured and later sent to prison, Lois chose not to waste her emotions on them. Instead, Lois and Charlie asked God to soothe any tangled feelings of anger and revenge. Lois reminded herself over and over that beauty comes from within. In her darkest moments, she meditated on how Jesus endured the pain of the cross. These thoughts renewed her strength.

Six months after the shooting, Lois returned to work. Even with reconstructive surgery, Lois’ mouth still sagged and caused her to drool. But the schoolchildren’s love and acceptance kept a smile on her drooping face. “Lois was a real trouper and didn’t cry when all this happened to her,” Charlie, now 80 explains. “The first time she cried was when she went back to school and was with the kids. They had a bake sale for her and gave her a check for $500. That brought the tears.”

Living all her life in Cañon City, “Lois was a hometown girl, so most people knew her” Charlie shares. “She knew that Jesus was taking care of her and had the support of the whole church and so many in the community.” Even inmates at the local prison where Charlie managed the print shop expressed their sincere concern for the much-loved librarian. Upset by Mrs. Wagner’s injuries, one girl from school emptied her piggy bank and handed her favorite librarian a couple dollars in coins. 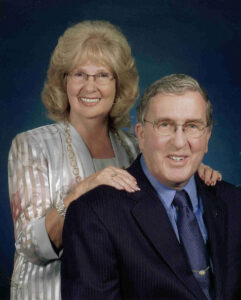 Lois wrote the book on tenacity. Over the next 11 years, plastic surgeons painstakingly worked to rebuild her face. Through more than a dozen facial and oral surgeries, the surgeons broke her jaw, and grafted and stretched skin to form a new lip. For years Lois sipped food through a straw. The steps to regain a fairly normal life came bit by bit.

The Wagners’ pastor, Bill Carson, shared several times in his sermons how Lois and Charlie turned the concept of forgiveness into a real issue in their lives. They chose to turn the other cheek instead of ranting with retaliation.

“I saw where [Lois] and Charlie wanted justice, but not necessarily vengeance,” Pastor Carson said. “She began to model what I consider a gracious forgiveness.”

The Wagners modeling “gracious forgiveness” with dignity taught indelible lessons to the community’s children and adults who looked up to their librarian and friend who loved knowledge and learning.

Charlie looks back on those years of endurance, proud of his never-complaining wife. He still chuckles just thinking of how humor helped the two of them keep all things in perspective. Once for their wedding anniversary they celebrated with a dinner and overnight at a gorgeous mountain resort. Lois ordered a drink for her meal and needed a straw, so Charlie left the table to find the waitress. “My wife needs a straw because she has a drinking problem,” Charlie quickly told the server. “. . . Uh, I mean, she has a problem drinking.”

Soon after Lois’ feeding tube was removed after the first four months, Lois and Charlie met with a nurse to evaluate Lois’ weight and nutritional needs. Lois explained that she had been eating soft, pureed foods, oatmeal and nutritional drinks including Boost®. With Lois’ jaw injury, the word boost sounded like booze. The nurse looked a bit surprised, but calmly replied, “Well, I guess booze has some nutritional value.”

Although Lois’ scars were faintly visible and her speech slurred when she was tired, the optimistic church diaconate and member of the chancel and hand bell choirs never let the shooting stop the music in her heart. And the wide-eyed children who picked out books to read at Skyline Elementary showered Lois with plenty of hugs when she retired in 2001.

The entire school and community showed their gratitude for their endearing librarian ten years later when she died at age 71 from polycythemia vera blood cancer that turned into leukemia. “Losing Lois to leukemia was the hardest part because I’m an original do-it-yourself person. If it’s broke, I’ll fix it,” Charlie shares. “Here was my wife hurting, and I couldn’t anything to fix her.”

Skyline Elementary dedicated a vivid mountain lake mural at the school in honor of Lois. In the center of the wall of art, a majestic eagle carries off a trout. It’s a scene Lois experienced on her own fishing expeditions and a reminder of Isaiah 40:31 that “those who hope in the Lord will renew their strength. They will soar on wings like eagles….” Lois Wagner was a soaring eagle who over and over renewed her strength in the Lord.

“I was just amazed at how strong Lois was,” Charlie reflects, braving now his own diagnosis of Parkinson’s. Charlie is quick to find comfort in knowing God is carrying him just like he carried Lois through her shooting tragedy and health issues. His heart is warmed remembering when he met the love of his life at a church youth group in 1952. He is grateful for their four daughters, Valerie, Janice, Crystal and Becky, and five living grandchildren, one deceased grandchild and one great-granddaughter.

When the steadfast widower gets lonely, he can stop by the school and spend a few quiet moments by Lois’ mural and feel like he’s back on the lake fishing with his sweetheart. But his solace may be interrupted by a throng of students, clutching their backpacks jammed with copies of books that Lois once introduced to the library. Charlotte’s Web, Goodnight Moon, The Secret Garden, The Adventures of Huckleberry Finn, The Chronicles of Narnia. And the classic One Fish, Two Fish, Red Fish, Blue Fish.