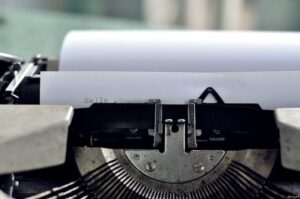 Ish. Ish. Ish. Just where did we come up with this three-letter suffix that we seem to add to most any word? I’ll be there at 9-ish. She was feeling sluggish. He was kind of standoffish.

Today I heard a youthful retail store clerk tell a customer ahead of me, “I’m kind of new-ish.” I just smiled. I understand being new-ish at something and wanting people to be patient.

Where was ish when I was young? I do not recall my teachers or college professors letting me use ish in my spoken or written language. The Apollo 11 moon landing was kind of cool-ish. My paper may be late-ish because my typewriter ribbon broke.

If you try to find the origin of ish, Merriam-Webster notes that ish derives from the Old English –isc and is of Germanic origin. The classic definition of ish means “of, relating to or being,” as in Swedish or bookish. Apparently around 1916, ish wiggled its way into published form in a World War I fiction piece with the word “Elevenish” in response to a meeting time.

Over the past 100 years or so, ish indicates times of day as rough or rough-ish. So as you read this blog, I hope you won’t find it too outlandish and will probably take you about five minutes-ish.

You gotta give a shout out to our much-beloved ish these days. With all the daily pressures we face and strife in our world, I for one am relieved that ish brings us a bit of approximation, a little flexibility, a healthful dose of grace. Now hear me out those of us who may be more rigid on time and accommodations for the laid-back in society.

Ish is our friend. Ish reminds us that perfection is not always the highest goal. Call ish more art than science. More comfortable than crammed.  Ish gives us permission to bend and flex through our days and not get too uptight if something or someone doesn’t meet our standards or expectations. Ish says, “I’m kind of new-ish and may make some mistakes.” That’s an ish that we can all appreciate. Right-ish?