Hold On a Bit Longer 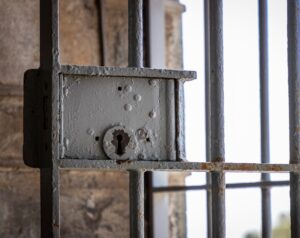 My words to you today: hold on a bit longer. Keep digging deep. Keep bending. Life will turn around . . . eventually. Lest this sound like a rah-rah pep talk while you’re wading in thick muck in the trenches, keep on reading. I would like to introduce you to a woman who understands the thickest of muck. And trenches.

In fact, Marziyeh Amirizadeh mopped the muck and doo of dozens of fellow jail mates in Tehran, Iran. During her two weeks in a women’s detention center, Marziyeh volunteered to mop the floors and toilets every day as part of serving those around her. The backed-up toilets were just a hole in the floor where roaches wildly scampered. So Marziyeh chose to bring some decency to the filth.

Her crime? Marziyeh followed Jesus instead of Allah and gave away thousands of New Testaments. She also quietly talked about her faith with those who were interested. “My family and I never practiced Islam,” Marziyeh told me during a recent phone interview. “The majority of Muslims in Iran are just born Muslim and don’t practice Islam.”

As a young woman, Marziyeh learned about Jesus through a dream and a Christian friend. It is not illegal to be a Christ-follower in Iran, but leaving Islam for another faith is a crime. So is talking to others in Iran about your non-Islamic beliefs.

When Marziyeh and her roommate, Maryam, were arrested in March 2009, they had no idea they would be sent to Evin Prison, the most brutal penitentiary in the country. People with their apostasy charge were often executed in this hellhole. Marziyeh and Maryam lived with the threat of death continually inside Evin. Day after day they endured repulsive food, frequent sickness, retched bathrooms and taunting inmates. The longest nights were the ones filled with the screams of tortured inmates.

Marziyeh could have given up. But she didn’t. She chose to hold on a bit longer. Marziyeh held in there through tons of prayer one fraction of an hour at a time. One tear at a time.

Finally after nearly nine months in Iran’s most brutal prison, both women were released. The Iranian government finally bowed to intense pressure from human-rights groups worldwide and notable figures including the pope himself.

After more than 250 nights behind bars, Marziyeh and Maryam were released and within a few months welcomed to live in America. Looking back on her terrifying captivity in Evin Prison, Marziyeh credits God for helping her hold on a bit longer.

“God gave me a lot of strength in prison,” Marziyeh says her nearly three-fourths of a year in Evin. She swears she would have never survived without this help from above.

Both Marziyeh and I want to you know that if you’re in the thickest muck or deepest trenches these days, please keep holding on a bit longer. Then again, as Marziyeh discovered, maybe it’s time to let go and let your Creator carry you through

You can read more of Marziyeh’s and Maryam’s story in their book, Captive in Iran.