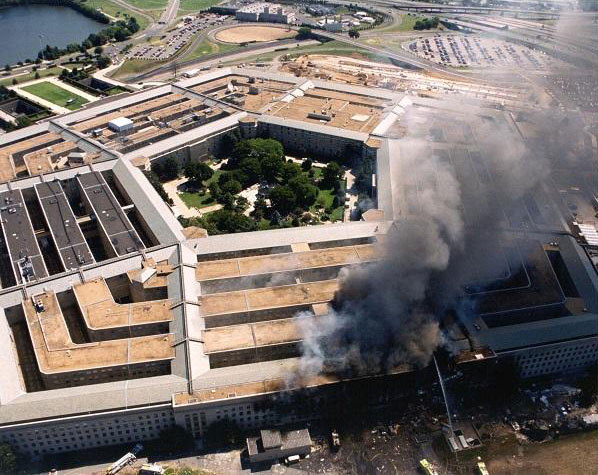 One of my greatest joys as a writer is reconnecting with someone I interviewed for an article years earlier. Recently, I enjoyed this honor when I talked with Lt. Col. (retired) Brian Birdwell. Brian is a 9/11 Pentagon survivor. American Airlines Flight 77 was hijacked and crashed into the E-ring of the Pentagon just about 60 feet from Brian.

In the hallway while walking back to his desk, Brian is hurled to the floor when the doomed airliner explodes. A fireball and thick, acrid smoke immediately engulf Brian. The dazed officer’s flesh is burning. He cannot get up.

He thinks of his wife, Mel, and son, Matthew, and prays for their protection. Then Brian fiercely yells, “Jesus, I’m coming to see you!”

In the jet fuel-drenched inferno, Brian waits to die.

Brian tells me more details about that horrific day—facts I had never heard before.

“I am burning, but I don’t feel the physical pain or the emotional agony of trying to survive. What I sense is God’s peace that surpasses all understanding,” Brian recalls of his Pentagon death trap. “I stepped over the line from the survival instinct to reconcile myself to death. I did what we in the military never try to do—I surrendered. I gave up. In those moments, I went from the calamity and terror in trying to survive an 80-ton jet smashing into the building near me to laying there with confidence and peace of knowing where I’d spend eternity. I knew I’d in short order be standing before my Lord and Savior.”

But that anticipation of eternity never arrived. Somehow in the chaos, Brian “just happened” to fall under an overhead fire sprinkler. The cool water started spraying over his charred wounds. Severely wounded, Brian wobbled to his feet for a few yards and collapsed before a follow officer looking for survivors.

Brian was just beginning his hellish torture to stay alive. The flames scorched more than 60 percent of Brian’s body—his hands, arms, face, ears, legs, and back. Nearly half of the burns were third-degree, the rest second-degree. Inhaled toxic smoke singed the lining of his lungs.

This time in our conversation, Brian described himself as “crispy as a cracker” and the physical therapists worked carefully to bend his crunchy body. Brian gritted through nearly a year of physical therapy to regain his strength and mobility. He faced 39 surgeries to cleanse wounds, graft on fresh skin, and reconstruct his ears.

And through it all, the Pentagon hero did not focus on what he lost in the attack, but what he gained.

“My living through all this is one of God’s many miracles,” Brian says. “This testing by fire, so to speak, strengthened our marriage and faith. My priorities of Mel and Matt did not change, I just learned to relish and appreciate these priorities more readily.”

Well said, Brian. The testing in our own lives may not be as physically painful, but we understand how loss and despair sear deep. And yet, there’s something profound that Brian, who is now a Texas state senator shared with me a few weeks ago.

“There’s been an immense number of blessings since September 11. Had I died that day or shortly thereafter, I would not have joined Mel in seeing Matt graduate high school and college and marry. We’ve got a wonderful daughter-in-law and two grandchildren,” Brian adds. “God doesn’t waste our pain. Even with my scars and my limited range of emotion, there’s a lot of life left to be lived.”

Thank you, Brian, for reminding as that no matter what we face, our pain is not wasted, and we have a lot of life left to live.